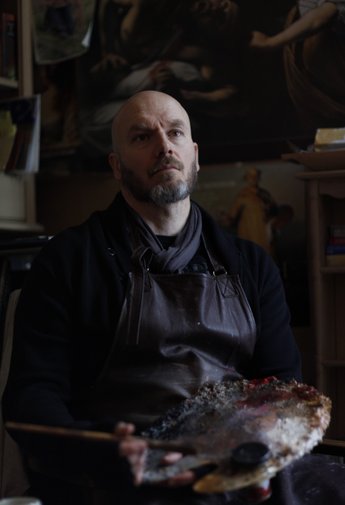 Gunnar Haslund has a degree in graphic design, he is self-educated in tattooing and he has been fortunate to have studied figurative painting under the guidance of the great Kitschpainter Odd Nerdrum for several years.

Being a pupil at The Nerdrum School made a huge impact on Haslund`s work ethics, choices and general focus in life.

Gunnar Haslund has published three books and he has also contributed works to three other books, one being The Nerdrum School. He has had several solo exhibitions and he has participated in group exhibitions in Norway, Denmark, Germany and the Canary Islands.

At his Ateliér, in a small town in Norway, he creates his paintings, but he can also be spotted in the forest making his often gloomy charcoaldrawings of his surroundings.